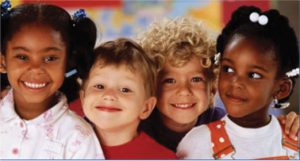 This week I am teaching framing, the rhetorical construction of social issues.  My students learn the most popular framing strategies and how to recognize them.  Even though I explain, provide examples, counter examples and practice exercises to impart this concept, it’s difficult.  I get it.   It’s also important so semester after semester, year after year I continue to teach framing to undergraduate sociology majors. However, last week President Obama lobbed the simplest and clearest example of framing in his speech on affordable, universal daycare at the University of Kansas.  He very clearly and emphatically said, “It is time we stop treating child care as a side issue or a women’s issue.  This is a family issue.”  And there it was, my perfect framing example presented in stark contrast to the faulty frame that leaves women embattled after 40 years still struggling for equal pay, abortion access, excellent child care, maternity leave, and justice in the legal system – we framed the issues as women’s issues.  Face palm.

In 1967, at the second annual meeting of the National Organization for Women (NOW) the Equal Rights Amendment, a repeal of all abortion laws, and publicly funded child care for all were adopted as the organization’s primary goals – entrenching these issues as “women’s issues” and more narrowly, feminist issues.  Every time the media referenced any of these topics a gaggle of smiling marching women are provided as backdrop. (We are analyzing historical data on media framing – for now you will have to trust me that this is the case.  Apparently in the 70’s protesting women smiled!)  The frame became entrenched and for forty years women have been struggling to make any progress on most of these issues and are facing recent bills to limit access to abortion and Supreme Court decisions that make birth control more difficult to acquire and more expensive for women whose employers are opposed on religious grounds.

In most states, affordable childcare programs are means tested.  In order to qualify the family must be a current aid recipient or the child (in need of care) has been identified as a recipient of child protective services and the family is receiving government job training.  In order to qualify for Head Start in Florida a family of four must have a maximum income of $23,850 in order to qualify for services.  Means tested programs do not work.  Programs benefitting only low income groups carry stigma, lack political support and are seen as wealth redistribution programs.  President Obama knows that the country certainly doesn’t need yet another example of poorly funded programs that do not seem to be effective.  In order for families to receive excellent child care the program must benefit a broad segment of society.  More broadly it must benefit “families” not just women.

Maybe there is some large portion of the population who does not know how expensive child care is?  It is one of the most expensive budget items for most families.  On average, families pay between $9,000 and $15,000 each year in child care ($750-$1250 each month).  In some states child care is more costly than college tuition.  Many families have to make sacrifices in order to work.  The high cost of child care forces some families to consider forgoing a second income – which they perceive to be eaten up almost immediately by their daycare expenses.   Families – not women – do a cost/benefit analysis which typically includes a calculation of one person’s income minus child care and estimate that the whole family would be better off financially if one parent stayed home to care for the children.  This kind of calculation is fraught with economic issues such as the cost to an individual’s career trajectory, lower social security benefits later in life, and the ability to re-enter the workforce down the road at a similar pay rate.

100% of families are working families.  It is families who discuss the sacrifices and adjustments required to raise balanced, healthy children.  This discussion isn’t limited to individual women or feminists or lesbian couples.  All families with children regardless of their sex/work/love composition face the challenge of parenting well.   As a researcher, I understand the urge to use the vast amounts of data available and disaggregate the family unit looking for a more nuanced story line.  However framing the discussion as a women’s issue or breaking down the effect of having children on “men” or “women” is counterproductive.  Let’s stop thinking of men as “helping” women raise children.  Let’s start looking at the family as the unit of measure – shifting away from the heteronormativity in our data analysis.  President Obama’s affordable child care proposal for the majority of American families is a step in the right direction.

Modern Parenthood: Roles of Moms and Dads Converge as they Balance Work and Family