What the Greatest Generation Knows about Technology that You Don’t 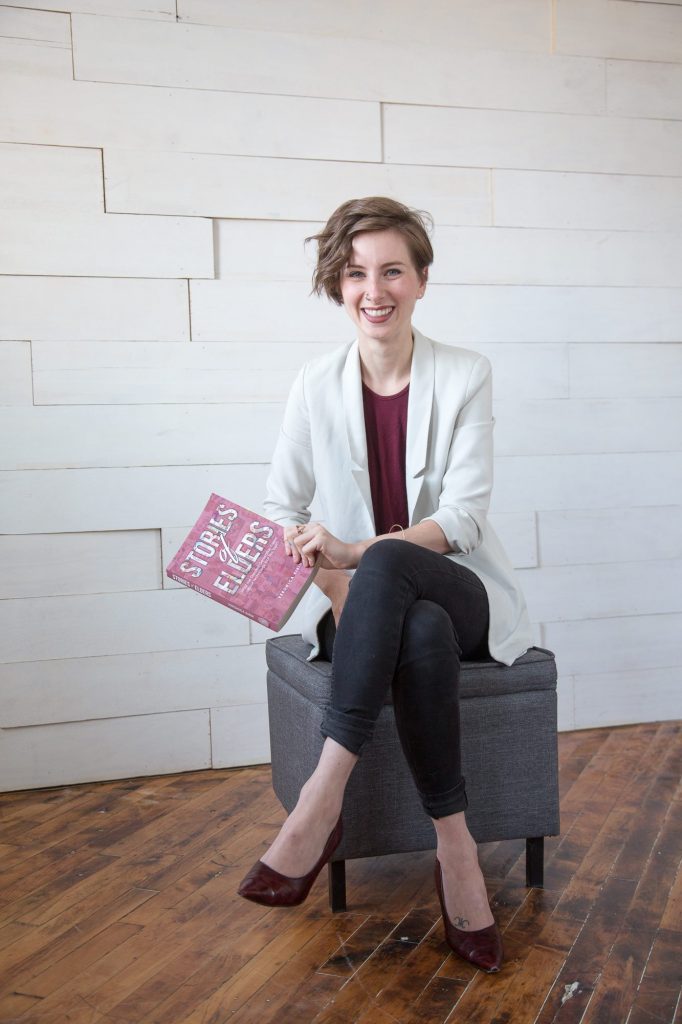 In 2015, Anthropologist Veronica Kirin took a solo trip of 12,000 miles through 40 states in America to interview our oldest living citizens, ranging from 75 to 106 years old, about the changes they’ve seen during their lifetimes. The resulting book, “Stories of Elders,” documents nearly 8,435 years of life lived and roots our technological evolution in history. In this interview, we discuss her findings and why she was the one to do this research.

What were the common themes of technology you noticed in your interviews?

The elders I interviewed all showed some concern for our rapid adoption of tech, especially among our youth. Many underscored this point by suggesting that we ask ourselves ‘Is this for good, or is it for evil?’ in various ways. They worry that younger generations won’t be able to fend for themselves, citing the inability to make change, read cursive, or know where food comes from as indicators. Intentionality with technology was the ongoing theme in nearly every interview.

When interviewing an entire generation, did you notice that they were, in fact, very similar or was there a wide variety of people? In which areas?

There was a wonderful variety, but I also intended for there to be. I didn’t want to write a book that looked at only one subset of the American experience. I wanted a cross-section, which is why I drove the 12,000 miles through 40 states, and I believe that I got it. Some elders adopted tech, some hadn’t, but I never saw a direct correlation between exposure, education, and adoption. That being said, my interview questions were not targeted in such a way that gathered data specific to adoption.  This would be an interesting topic of study to follow this work.

Technology certainly evolved slower on the consumer level during the 20th century. For many elders, the radio was the first technology that came into the home, and it was very exciting. But it often took compromise to listen to — there were usually other family members vying for the radio. Families would gather around it to listen together, and so it remained a collective experience. Our personal smartphones aren’t just high tech, they are separatists. They are designed to be distinct devices, which means that when one is paying attention to their phone, their mind isn’t in the room any longer. This is where our elders and researchers alike are concerned regarding communication and social interaction.

Was there a particularly disliked technology or kind of technology in your interviews? Why do you think that is?

As I’ve said, our elders worry about the separatism of the smartphone. Still, many still have their own. One elder, a Benedictine monk, said in the same breath that he worries about the distractions we have around us, today, due to technology.  He worries we can’t hear the call of God’s love. He then followed that he loves his iPhone. Our elders seem both concerned and in awe of our technological advances.

Did your demographic think the growth of technology was more positive or negative? Why?

Overwhelmingly, no elder felt that all technology is good or bad. Instead, they recognize that in many ways it is a phenomenal development and tool.  They love being able to travel worldwide, see their grandkids just after they are born even if they’re hundreds of miles away, and they recognize that their lives have been prolonged by our medical advances. However, we culturally have a tendency to ignore our elders and our past, which I think is where their concern comes in. If we don’t have roots in history, technology may become a significant handicap to communication and human ability.  We know that teens that grew up with smartphones feel addicted to them[1]. What will that do to our politics, educators, and innovators? Eventually, these children will be our leaders, and it seems that this is our elder’s most significant concern regarding tech.  The elders repeated to me that they hope future generations would pause to consider how they use the technological tools they are given, perhaps even developing an etiquette around them.

Your book compares your experience with your interviewees. Why did you choose to include yourself in this discussion?

This work started largely due to my background in Anthropology.  I could see the shift happening in our society, and my instincts due to my training is to study the shift through people.

We tend to think of ourselves as living in silos. American culture encourages this individualism, but everything I do and have today is related to our past. I’m typing on this computer because of the massive IBM machines that took up an entire server room in the 1960s and the typewriter redesign to slow typists down. I can make phone calls across the world because someone dreamed that it was possible and laid down our first telegraph cable across the Atlantic Ocean. Comparing our experience to that of our oldest living citizens (the oldest I interviewed having been born in 1911) gives us a better understanding of the depth of change we’ve seen, which then gives it value.

I also happen to be of an age where I am old enough to truly understand the gravity of the stories I was entrusted with. I also lived on both sides of tech, first growing up memorizing phone numbers, knocking on neighborhood doors to see who was home, and listening to cassette tapes in a walkman. My family are recent immigrants to America, generationally speaking, and my grandmother’s and great-aunt’s homes were like stepping back in time. I heard different languages, saw old light switches and ovens, and picked at the plaster peeling from the wall. AOL and computer games came out in my early teens, which steered me toward tech, speeded my typing, and taught me to navigate the internet. I feel lucky that I’ve lived both sides, and so can value both sides.

Veronica Kirin was named by Forbes as a notable graduate of Grand Valley State University, a 40 Under 40 Business Leader, has been recognized as the founder of a Top Women Owned Business, and is the first business in Grand Rapids, Michigan, to be certified by the National LGBT Chamber of Commerce. She offers entrepreneurial coaching to LGBTQ business owners through her signature Self Care Through Scaling™ program so they work less, grow faster, and earn more.
https://storiesofelders.com
http://veronicakirin.com