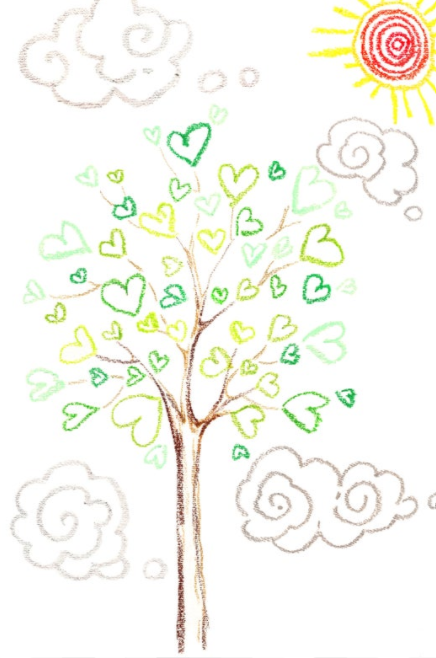 The aim of this excerpt is to outline a qualitative arts-based methodology used to understand and to evaluate refugee children’s lived experience of in-detention camp schools. We think that this may be a useful protocol with which to approach additional contexts of children’s lives that are difficult to research using traditional methods due to cultural and context – related challenges. The rights and abilities of children to consult and express their worldview as well as to influence their lives and the services provided for them are limited, thus this research is relevant for extremely disadvantaged children such as those living in refugee camps (Green & Hogan, 2005; Clark & Statham, 2005). There is less research on schools for refugees within detention camps, rather than in host countries, although children may spend a number of years there. This lack may be due to the difficulty in undertaking research in context that is so volatile, improvised, and changing (Nilson & Buer, 2016; Amthor, 2017; Oikonomidoy, et al., 2018; Aydin & Kaya, 2019; Daniel, 2019;Lund & Brun, 2010).

Phenomenological arts-based methods such as drawings as triggers for discussion are recommended as a natural developmentally appropriate form for children to express themselves (Eisner, 1997; Mason, 2002; Huss, 2012, 2015, 2017). The mind is programmed to translate composition into content meaning and to connect this information to perceptual and emotional arousal. Images thus trigger emotional reactions within us that encourage verbalization and further interpretation (Durgin, 2006X; Huss, 2017). Drawings that are metonymic and metaphorical reveal cultural values and ways of seeing and understanding the world and are thus an ethnographic tool. Arts shift our focus away from dominant adult conceptualizations and thus enable an equal voice for children. These advantages are important for children who may not have learnt to read and write, who come from different cultures, and live within uncontrolled and shifting contexts such as refugee camps. The arts help to excavate, socially contextualize, and amplify the children’s voices.

This methodology was chosen so as to integrate and include the multiple voices  of the different stakeholders, the children, youth workers and youth-teachers, and external actors, each with different mother tongues, into an overall evaluation of the school. (Conway, 2009; Holmes & Mathews, 2010; Huss, 2015, 2017)

Field site: The School of Peace is a unique refugee school for children from Afghanistan, Syria, Iraq, Kurdistan, and North Africa on the Island of Lesbos, near to the capital, Mitilini. The school is democratically run and taught by refugees from the camp in the children’s respective languages and culture. It is maintained by Arab and Jewish volunteers from Israel, (See Huss et al, 2020 for more details on this case study). It serves about a hundred children and provides a hot afternoon meal.

Protocol of the research. The entire school, children of all ages, teachers, and volunteers, drew two images on a page, on one side what they liked about the school and on the other, what was challenging in the school. The drawings were then displayed as an exhibition and each group talked about their images, providing additional focus group data (Mason, 2002; Huss, 2012, 2015). The images were thus not only an excavation of experience, but also a trigger for further elaboration and interpretation of that experience.

Data sources: The arts-based data sources were 100 pictures with written explanations, eighty pictures from the respective classes of ten children on average and twenty from the staff and volunteers. Also included were six hours of recorded discussions triggered by the images.

Data Analysis. All of the data, both visual and verbal, were analyzed thematically. The images were analyzed not as projective data, but as phenomenological data, that is, in terms of symbols, content, and most importantly, by the explanation and elaboration of the creator. (Betinsky, 2003; Huss, 2012; 2015, 2017). In group discussions around the exhibitions the images were used as a trigger for further elaboration.

Reliability and trustworthiness. Utlizing drawings, explanations, and group discussion provided the opportunity to triangulate the data. The authors are a multidisciplinary team who added multiple perspectives to the thematic analyses. (Hubberman & Miles, 2003; Paton, 2002. Guion, Diehl, & McDonald, 2011).

Ethical considerations. The focus of the research was not the personal lives or past traumas of the participants, but rather, their understanding and experience of the school. All parents of the children and participants signed consent for the research. All identifying features of the children were removed. We received the university ethics committee certification to undertake this research.

Because the research method is participatory and was used as a self-evaluating reflective tool for the school itself, then the data was not “taken away” from the school, but rather, served as an enriching evaluative and transformative activity within the school, turning the school members into the experts. It was a chance to share perspectives and to communicate their own knowledge about the school to each other (Clark, 2011; Huss, 2017). Images were photographed but remained as exhibitions in the school, so that they were not taken away from the creators.

This excerpt focuses on the method and the advantage of the method in terms of the type of findings rendered. (See Huss et al, 2020 for more details on the findings). Three central themes were identified: The physicality of the school, both lack of resources, and love of the school. The relationships within the school, both many conflicts, and a sense of being able to make friends and solve conflicts, and the importance of the formal learning, including both difficulty for the staff due to lack of training and resources, and pleasure and pride of the children in fulfilling their parents’ dream of them receiving an education.

What did the arts-based data provide? The images and their elaboration helped to show the interactive nature of these three themes. How the challenge was also the sense of satisfaction. It showed the circular, reciprocal relationship between physical and relational tending of the school in spite of huge insufficiency and the ability to experience formal learning by creating a safe context in an unsafe situation. Thus, for example, overcoming the first theme, that of experiences of physical insufficiency, was achieved through focus on relationship building with the school. The “showing” element of art as a metonym, showed multiple moments of repeated and unresolvable conflicts, but also, striving to solve them. The images mapping out experiences within the school space also showed the interplay of ethnic spaces in classrooms and “universal” spaces in the school as a whole. The spatial element enabled the capture of dialectical processes on the same page: Thus, the teaching was very challenging, but the students were very proud of their formal studies. The symbolic, metaphorical, but also concrete mapping out of the nature of art, enabled participants to show how building and maintaining the school despite having no resources, enabled the school to be experienced as a safe special space, as a correctional experience of a “home.” This understanding may have been lost in verbal interviews based on abstract concepts, rather than specific spatial experiences. Formal data gathering methods that focus on a specific encapsulated issue may also have lost the interactive nature of a complex system of inter-dependent themes. Overall, we can say that the arts-based methods helped to create embodied physically contextualized narratives, helped to create complex spectrums, rather than endpoints, and helped to capture both physical and relational efforts to address lack of resources.