How can we foster positive outcomes for children and young people in care, and what can we learn from ‘success’ stories? 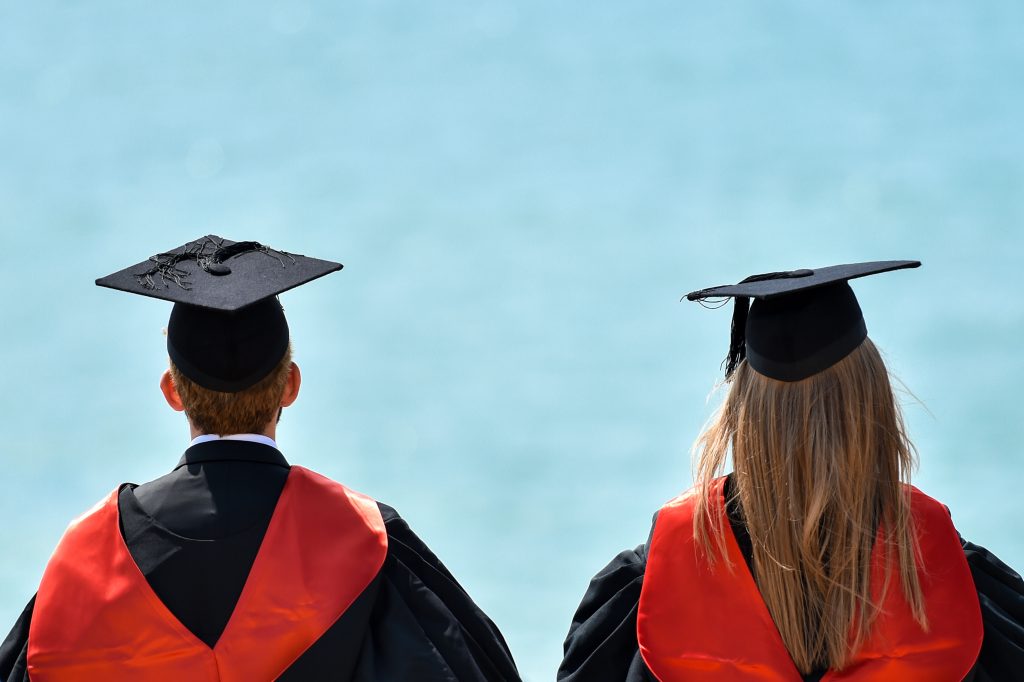 ‘Graduation was a really happy day. When I went on stage [my former counsellor] was cheering and stuff and you’re not supposed to do that. She was so excited. She was crying actually; it was so embarrassing. I feel very proud. No one thought I would…genuinely, other than [former counsellor]. In my care reviews, it would be like, lots of people don’t succeed at university. So, to me that [graduation] was like, in your face!’ *Karen

‘She [social worker] understood…She got to know me. She understood my needs and she helped me rebuild [my confidence]. She allowed me to take my own time.’ *Frank

Until Jackson, Ajayi and Quigley (2005) studied the experiences care leavers in higher education, research focusing on positive outcomes for people with experience of care was a rarity. Their research showed that the care system could have a positive impact on educational outcomes, and recent work by Sebba and colleagues (2015) has drawn similar conclusions. Harrison (2017) found that national data significantly underestimates rates of care experienced people, noting that those who go on to university are likely to be older than average and get there via alternative routes (such as Access courses). These findings are perhaps unsurprising, given that care experienced people may also be dealing with the legacy of pre-care experiences, missed schooling, placement changes and other disruptions. But low expectations, in policy and in practice, can add stigma to the challenges that care experienced people face in education, whether in school or beyond.

Against All Odds? What helps and what gets in the way of ‘doing well’?

The comments that open this blog come from two young adults, Karen and Frank, who took part in Against All Odds? – a study (funded by the Research Council of Norway) involving care experienced people who were in education, employment or training (full or part-time). In total, we spoke to 75 people, aged 16-32 years – 30 in Denmark, 21 in England, and 24 in Norway. We asked about experiences of education and work, and of everyday lives, family and free time, inviting people to share photos and music which could tell us more about what mattered in their lives and what ‘doing well’ meant to them.

Karen and Frank were typical of many in the study across all three countries in highlighting the importance of trusted professionals – people who showed a genuine interest in their wellbeing, and provided consistent and timely support and encouragement. As the Care Inquiry asserted, relationships are the ‘golden thread’ in children and young people’s lives (Boddy, 2013), and so relationships must be the starting point for thinking about long term outcomes.

In England, people in our study emphasised the importance of timely and appropriate support – particularly highlighting the need for therapeutic support for mental health, and adequate provision for additional educational needs, common for those with gaps in schooling or for people such as Frank who had struggled to get the help needed for specific learning difficulties such as dyslexia.

Professionals played a key role in making this happen, also working alongside young people to build confidence and provide information on educational opportunities and pathways. Those in our study who didn’t receive this kind of support had reached their educational goals eventually, including through alternative pathways, but only after considerable disruption, discouragement and delays. Low expectations and stigma clearly posed significant barriers, making it less likely that people would be able to access the support and information they need. Too often, luck played a key role in shaping opportunities – as for *Jack, completing a Masters degree when we spoke to him, who had missed his GCSE Maths grade but was able to continue to college when the head of the course decided to take a chance on him. As he reflected, ‘if she’d said no then I wouldn’t be here now’.

There were many similarities in experiences across the three countries. People emphasised the importance of positive relationships in their lives, often sharing photos of family, loved ones and friends. For some – as for Karen, whose words open this blog – relationships with key professionals could make a critical difference in very difficult times, creating new possibilities that continued beyond childhood to shape and support adult lives. But structural factors matter too.

Compared to their counterparts in Denmark and Norway, young adults in England were more likely to discuss problems with debt and financial insecurity. In all three countries, key changes in early adulthood (such as ending a relationship or changing course at university) could be very destabilising for people who don’t have accessible and flexible support to rely on (formal or informal).

In Norway and Denmark, those risks were mitigated to some extent by lower fees in higher education, greater financial security, and possibilities for flexibility built into education systems. Across all three countries, the research shows the need for flexible support systems – through childhood and into adulthood – to enable the potential and aspirations of care-experienced people, in education and beyond.

*Pseudonyms have been used.

This article was original published on the Research in Practice blog, and draws on research conducted for Against All Odds?, funded by the Research Council of Norway (236718/H20). The paper ‘Actually there is a brain in there’: Uncovering complexity in pathways through education for young adults who have been in care’ was published in 2019 in Children & Society. The research was carried out in conjunction with colleagues including Elisabeth Backe-Hansen, who is Principal Investigator, Elisiv Bakketeig, Marianne Dæhlen, Tonje Gundersen, Mette Lausten, Jeanette Østergaard and Signe Ravn. This work wouldn’t have been possible without the people who took part in the research who generously shared their experience and insights with us.

Janet Boddy is a Professor of Child, Youth and Family Studies (Education) at the University of Sussex. Janet’s research is concerned with family lives and with services for children and families, in the UK and internationally.