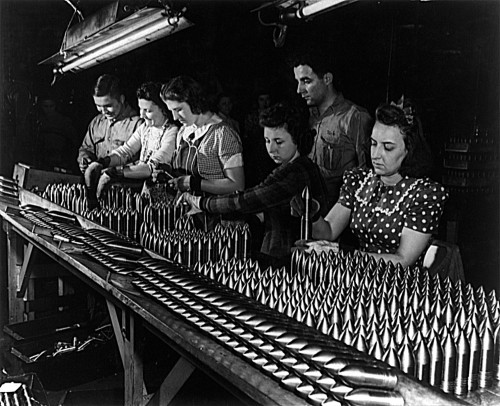 The New York Times recently reported that gender relations are completely changing due to the shift in the number of highly educated and highly paid women in the workforce as well as the high rates of unemployment among men.  Aside from the fact that a majority of these women are white and middle to upper class, this article fails to acknowledge that gender relations are only partially structured economically.  Twenty years ago the media declared that women were finally equal because they were working outside of the home in large numbers.  Yet sociological evidence pointed to a double bind for women, the difficulties of mothering while working, and finally the stay-at-home-mom movement we have been witnessing among educated and well off women.

What we tend not to discuss and theorize is the traditional gendered symbolic order that seems to hold steadfast amidst the multiple social, economic, and political changes.  Fears of backlashes against the shifting roles between men and women in the home, criticism of day cares and absentee mothers often surface at the moment in which the symbolic order appears to shift.

Nancy Fraser, the social philosopher calls for transformative social-feminist redistribution and recognition in order to address the multiple axe along which gendered symbolic orders are reified and strengthened.  As a society we have not done enough to transform relations at all levels, rather we see affirmative change as the goal.  So while it is progress to see more and more women in the workforce, there positions are precarious until the structural and symbolic orders have progressed simultaneously.

Nancy Fraser in the Blackwell Companion to the Sociology of Culture