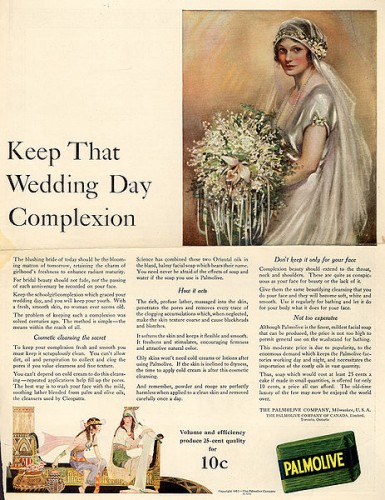 As box office numbers for Christoher Nolan’s Inception continue to rise  – right now, Variety reports that the film has grossed $6M ($149M total) – so do the number of individuals that are confronted with the question: What if someone could control my thoughts through my dreams? Inception successfully conceptualizes this ability; Cobb (Leonardo DiCaprio) and his team of “experts” use unexplained technology to enter dreams and plant “ideas” into the subconscious that will, according to their logic, eventually seep into an individual’s consciousness. By entering through the subconscious mind, covert operations (including being paid to implant an otherwise controversial idea) are carried out undetected. But what if you didn’t even need to enter the subconscious to implant an idea? What if you could manufacture a desire and send it straight to an individual’s consciousness? While audiences have been pondering the radical notion that ideas can be planted into an individual’s subconscious state, they may not realize that “inception” via consciousness has been occurring since the day they were born. Yes, you guessed it: Advertising.

According to Jean Kilbourne (1999),”The fact is that much of advertising’s power comes from this belief that advertising does not affect us. The most effective kind of propaganda is that which is not recognized as propaganda. Because we think advertising is silly and trivial, we are less on guard, less critical, than we might otherwise be. It’s all in fun, it’s ridiculous. While we’re laughing, sometimes sneering, the commercial does its work” (Can’t Buy My Love, p.27). Beyond the notion that advertising turns audiences into commodities (see Dallas Smythe) is the unsettling reality that advertising can successfully plant the idea that we “need” a material object (beauty products, Mac products, etc.). Advertising, as an arm of the Consciousness Industry, appeals to our emotions, and at its most successful, has the ability to alter priorities and rationality. However, as Kilbourne notes, advertising’s genius is that it operates in the form of an effective cultural backdrop; its omnipresence is desensitizing. So, while Inception is a mental exercise in the possibility of subconscious manipulation, advertising is the actual practice (yet not always successful) of manipulating our conscious desires. In the end, entering an individual’s dream seems like a lot of work when all one has to do is construct a seductive message and deliver it to trained and willing participants.

“Advertising” from The Blackwell Encyclopedia of Sociology