Media framing and the Gulf of Mexico oil spill: What's really going on in Louisiana? 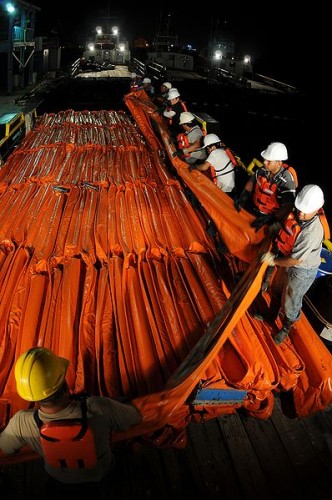 As a projectile oil spill continues to plague the Gulf of Mexico, most US mainstream media outlets are reacting to this relentless tragedy with a “blame BP” and/or “blame Obama” campaign that fails to capture the entire story. Q1: What about the Gulf residents and their reactions? Q2: What about the unreported organized and grassroots efforts to save the environment and wildlife? In other words, as Fox News and David Brooks of The New York Times, for example, continue to focus their energy on the disaster and its intersection with national politics, the reality of residents, wildlife, and the environment have turned into an abstract concern. Further, Media Matters recently noted that: “Fox and Friends guest hosts falsely suggested that there was a ‘lack of cleanup going on’ in the Gulf Coast oil spill and falsely suggested Louisiana’s barrier plan had been ignored.” The Media Matters report then lists information regarding ongoing cleanup efforts from on the Department of the Interior and the Army Corps of Engineers. Rather than question the existence of a “response,” newsworthy questions might include: Are the response strategies causing harm to the Gulf community? How are residents reacting to the efforts? After a brief scan of national newspapers and their attention to local efforts/ effects of the spill, it was no surprise to find that a New Orleans newspaper, The Times-Picayune is leading the charge on local and timely reporting.

Questioning the existence of a “response” and blaming President Obama or BP for this disaster has lost its timeliness. We know that Obama is launching an independent investigation on this matter and that this disaster will most likely continue into August. We know that efforts have been made – and contested – and that hurricane season is right around the corner. But what about local victims of this disaster? What about their voices? At present, many mainstream media outlets (not all) continue to focus on redundant structural – business and governmental – concerns as the main influence on their reporting. While these concerns are entirely valid, this direction, or frame, continues to place the experiences, efforts, and emotions of those directly impacted into a second-rate abstraction.

Environmental Disasters from A Dictionary of Contemporary History (Blackwell)