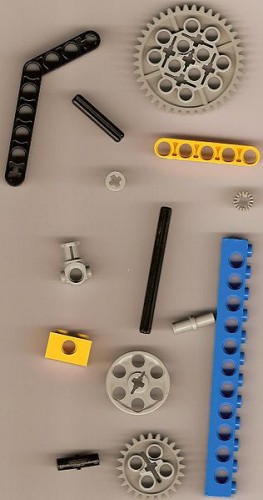 In a recent critique posted on The Huffington Post (18 January), Bestselling Author and Speaker Rebecca Walker (note that this “title” introduction comes from The Huffington Post and fails to include her work as a prolific feminist) poses the following question, which also serves as the title of her article; “Does This Lego Toy Send the Wrong Message to Children?” Stemming from her concern over the possible normalization of the prison-industrial complex,” Walker points out that one of the Lego Group’s toys, the “Prison Transport Vehicle,” presents incarceration as “play,” which is similar to her, and other’s, conceptualization of the way that African Americans are treated in the criminal justice system vis-à-vis the disciplinary power elite. She writes, “But at a time when more African Americans are in the criminal justice system than were enslaved in 1850, the mass incarceration of one – arguably targeted – group is a lot like war, and thus the Prisoner Transport Vehicle most definitely qualifies as making ‘war seem like child’s play’. Or, in this momma’s speak: indoctrinating kids into a for-profit system that often denies citizens adequate legal representation; strips them of basic human rights; criminalizes them for a lifetime; and rarely offers hope of rehabilitation or opportunity for personal, psychological growth.”

Later in the article, Walker calls for “a little more scrutiny” over the Prisoner Transport Vehicle as well as other toys that “normalize incarceration.” So what aspects of incarceration is this toy normalizing? Drawing on Foucault’s reading that the process of normalization creates an effortless dichotomization of “normal” and “abnormal,” it appears that this toy has the potential to make getting transported to jail “normal,” getting handcuffed and arrested “normal,” etc. In other words, it seems that playing with the Prisoner Transport Vehicle allows for children/adults (the website offers products for individuals aged 0-12+) to channel their knowledge about the criminal justice system and incorporate it into “play.” Whether or not these children will incorporate the act of consciously “playing God, symbolically or otherwise,” as Walker suggests, is based on many factors, including their cultural context. That being said, Walker’s concern with the possibility of children combining this particular toy with racist ideologies they’ve learned from their particular socializing bodies is an astute observation. Normalizing practices come in many forms, including the body shape and size of Barbie, as well as the fact that when I went to the LEGO website there was a separate category for “girls” within the sixteen categories available for purchase.

There’s no question that there is a profound problem regarding African Americans and the criminal justice system. As Patricia Hill Collins (2005) notes, “This image of Black male deviancy crystallized in criminality is far from benign – the United States incarcerates more Black men than any other country” (p. 158). In the end, however, I’m confused over whether Walker has a problem with watching her son “play” at incarceration or with the fact that he may incorporate problematic characterizations of African American men within said “play.” Either way, this critique serves as an important reminder that leisure time is still imbued with cultural knowledge, and that watching a child “play,” as well as identifying what s/he plays with, can shed light on normalization and indoctrination. Unfortunately, however, whether or not a child will support or become desensitized by the prison-industrial complex will not solely rest on their use of the Prisoner Transport Vehicle. If identifying the cause of psychic or behavioral effects were that reductive, there would be nothing left for children to play with.

Note: Rebecca Walker’s article was originally posted on The Root