Framing of the FIFA Turf Controversy 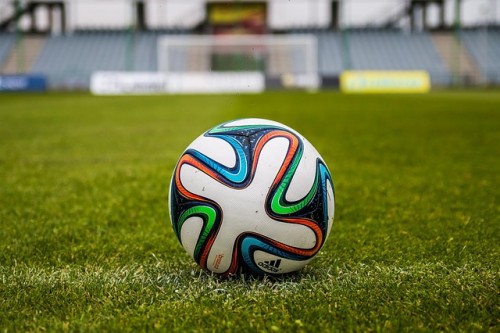 For the first time in the history of FIFA’s 2015 Women’s World Cup, the competition is being played on artificial turf. Consequently coverage leading up to the first match between home team Canada and China tended to focus less on predicting outcomes of the game and more on the material of the pitch. Players and their supporters raised objections in an effort to express discontent and to attempt to change FIFA’s new and to-many-puzzling policy much like a social movement might engage in framing. This comparison is appropriate because a hierarchal, non-democratic institution handed down the policy, leaving no built-in space for discussion or recourse. Appealing for change in this instance is very much like petitioning a government.

Framing theory is a dominant thread of social movement research that may help us understand how the players and others who advocated in their stead approached challenging FIFA’s decree. Collective action frames name a problem (“diagnostic framing”) and endorse a particular solution (“prognostic framing”) but they also serve to mobilize the affected and their sympathizers (“motivation framing”)(Snow and Benford 1988). I will argue those who have questioned FIFA’s turf decision have employed all three of these strategies to varying degrees of success.

First we must identify who has petitioned for change. Abby Wambach, illustrious forward of the reigning champions and holder of the international record for goals scored of any gender, has lead the charge but she is flanked by teammates and members of rival squads alike. Sports journalists have been vocal and male allies from a variety of backgrounds have raised objections as well-Tom Hanks, Kobe Bryant, and Tim Howard among them. There is also a precedent for understanding sports as “space for politics” in which soccer fans have agitated for changes they would like to see implemented.

In general, the women’s framing has taken a shotgun style approach-throw everything at the wall and see what will stick-but three frames which combine empirical evidence and appeals to emotions have been consistently employed.. The first two-legalistic unfairness and undue predictability in game play-have been predominantly raised by affected players while the third-potential for injuries-is popular with both players and external parties.

Last fall, a group of women players representing at least a dozen countries attempted to sue FIFA in the Human Rights Tribune of Ontario for alleged violations Canada’s Human Rights Code which guarantees equal access to facilities . The legal suit represents claimants’ attempts to classify the decision to play on turf as a symptom of gender inequality targeting women. The second frame blends with the third at the edges. Turf requires a different style of play due to the inability to anticipate the way the ball will bounce compared to grass fields. This unpredictability has also lead to women being more reserved for fear of destroying the resource that enables them to play the game- their bodies.

Collective action frames are not pre-packaged beliefs but meanings and narratives produced over time that tie together facts, assumptions, and intent. Social movement actors and organizations-or in this instance, women soccer players and their sympathizers-make framing choices-both deliberately and incidentally-that affect how they present their claims about reality, particularly what they identify as their locus for change and their beliefs about how to secure it. Any singular conception of a problem that is presented is interwoven with assumptions about the origin and nature of the conflict, which can preclude the applicability, marketability, and even identification of potential solutions. In this instance, for example, the perception that playing on turf disproportionately affects one gender guided the players’ decisions to pursue legal action. Moreover, the latter two frames are undergirded by assumptions that sporting competitions should be fair and minimize harm to their participants.

Borrowing from extant cultural scripts with which audiences are already acquainted can be one means of garnering credibility and salience (Spillman 1995). Conversely, previously conditioned scripts may also act as a barrier if social movement claims counter existing assumptions. Accordingly, the relative powerlessness of individual women soccer players, cultural norms that diminish the value of women athletes relative to men athletes, the United States’ lack of national investment in the sport, and the few other professional options available for women players could prevent the success of their framing efforts. To boycott FIFA’s decision by abstaining from playing in the World Cup, as was suggested in the wake of the failed lawsuit, would be to forfeit the rare time and energy devoted to women’s soccer on the international stage. Furthermore, while one’s role obviously affects one’s perspective on the turf, but it may also impact audience reception of claims. While many seem receptive to criticisms of FIFA’s decision, plenty of Twitter commentary suggests otherwise, casting outspoken women players as ‘whiny babies’ who should ‘man up.’

Despite the popularity of framing attempts, their multiple approaches to framing were unsuccessful in changing the turf for this year’s Women’s World Cup. The legal suit was rejected and FIFA held firm. Unlike in the past when sports teams have attempted to procure public funds to implement changes perceived as necessary, several private companies have offered to pay to install grass. FIFA claims their reticence to change was because Canada’s original bid for the Women’s 2015 World Cup specified field turf. FIFA’s recalcitrance may be an issue of the absence of a financial incentive. As of June 14, the 2015 Women’s World Cup had seen a 30% increase in ticket sales from the 2011 Women’s World Cup in Germany.

Recent revelations of rampant corruption in FIFA’s operations may provide a political opportunity to prevent turf from being relied upon in the future. On one hand, FIFA officials’ impropriety reflects poorly on the organization as a whole and casts doubt on their internal calculus. Their decision-making processes being called into question in one realm could generate a public relations kerfuffle that discourages the organization from making contested decisions in the future. On the other hand, the hubbub surrounding the men’s 2022 World Cup to be held in Qatar may deflect attention away from the issue women players have furiously tried to make central. If FIFA’s poor management does not spark change for future Women’s World Cups, the outcome of this year’s competition may serve as a lesson. If major outliers are removed, this World Cup’s games have averaged half a goal less from 2011. For a sport notoriously beleaguered by long periods of inaction, declines in exciting plays may be a relevant future consideration for its governing body.