Imagining their Future Selves: Children’s Attitudes to Older People and their Expectations of Life at Age 70 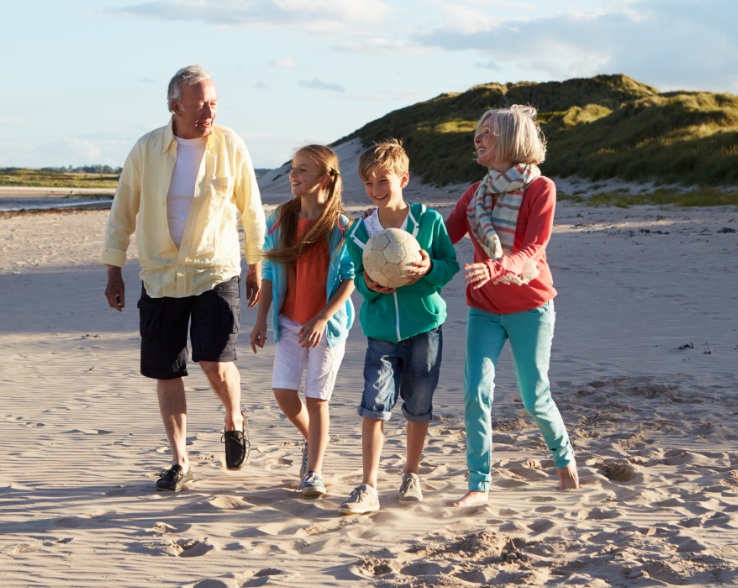 Our recent article ‘Imagining their Future Selves: Children’s Attitudes to Older People and their Expectations of Life at Age 70’ published in the journal Children & Society provided an insight into children’s thoughts about older people, and how they imagine their own lives will be when they are older.

So why is this important? Well, we know that the world’s population is ageing.  We also know that there has been scare-mongering about the ‘crisis’ this will cause, especially for the young. Added to this, the language used to describe older people almost always has negative connotations; frail, past it, over-the-hill, to name but a few – which can contribute to a culture of ageism. But Palmore (2015) warns us that countering ageism will be challenging because it is so much a part of our culture that most people are not even aware of it. Importantly, if children take on board the ageist stereotypes they see around them, will these attitudes towards older people influence their future expectations of life as an older person?

To answer this question, our research focused on children aged 10 and 11 years in Northern Ireland. 2,365 children answered questions on ageing as part of the 2014 Kids’ Life and Times (KLT) which is an online survey undertaken in schools. As researchers we tend to work in silos, focusing on either children or older people, but rarely on both so this study was an exciting collaboration for us as a team.

We found that many children taking part in KLT held somewhat stereotypical views of old people: 57% thought they are slow while 45% thought they are forgetful. This suggests that the physiological changes that can accompany old age may be to the fore in children’s minds. Importantly however, very few children were completely negative in their responses, and over two-thirds believed old people are really generous. So it seems that children can also see how older people have assets that might compensate for their lack of vigour in physical terms. These findings concur with previous research suggesting that children’s attitudes to old people are, as we might expect, complex.

To explore whether there was a link between current attitudes towards old people and visualisations of their future selves, the KLT respondents were also asked to think about what they will be doing when they are aged 70. We were concerned that children would be unable to empathise with older people as they are clearly a long way from this stage of their own lives, and indeed, one in five were unable to answer this question. However, the remaining 80% of the children who took part in the survey appeared to exhibit what Biggs and Lowenstein (2011) referred to as ‘generational intelligence’; they had the ability to put themselves in the position of someone of another age.

Some of the children saw their future lives as a time of retirement, leisure and relaxation ‘Living with my husband in a nice cosy flat and my children and grandchildren visiting me every weekend.’ whilst others imagined themselves as still being in employment ‘Still working as a teacher coming to retirement soon’. Given the economic imperative to work longer (such as the abolition of mandatory retirement age in the United Kingdom and increases in the age of receipt of statutory pension) then this is a very likely scenario for many older people in the future.  One young respondent showed a high level of knowledge of the policy context: ‘The law won’t let you retire until you are 67 now so by the time I am 67 the number will have increased so probably still working’.

While many children were positive about their future lives, others were not. For these children, there was an emphasis on frailty, and many referred to the need to move to a care home, being ill, dying, or being dead. One child said ‘I would be forgetting everything, I would be getting depression’. An important finding from our study was that children who had negative feelings about old people now were also more likely to have a poor visualisation of their future selves at age 70.

So why does this matter? Well, longitudinal research with adults aged over 50 has shown that those with more positive self-perceptions of ageing lived longer and reported better health than those with less positive self-perceptions of ageing. Therefore, exploring the ways that children see themselves in the present, and how this relates to their visualisations of their future selves, might help us to learn how people navigate their way through the (inevitable) ageing process. It might also shed light on the age and stage at which negative attitudes begin to develop in children and when might be the optimal time to intervene. This would align with Pinquart and others (2000) who suggested that such interventions should begin early.

Overall, our research suggests that, as a society, we need to rethink our own attitudes and behaviours towards ageing so that children are exposed to less negative, and more positive, images of growing older. To this end, we agree with Roz Altmann’s suggestion in The Guardian (2015) that it is time to ‘ditch ageist stereotypes’.

Paula Devine is Director of the Northern Ireland Life and Times survey, and co-Director of ARK.

Gemma Carney is a social gerontologist and lecturer in social policy at Queen’s University Belfast. She is a member of the ARK research team where she works on public engagement and the ARK ageing programme.