The Dock on Trial: Courtroom Design and the Presumption of Innocence 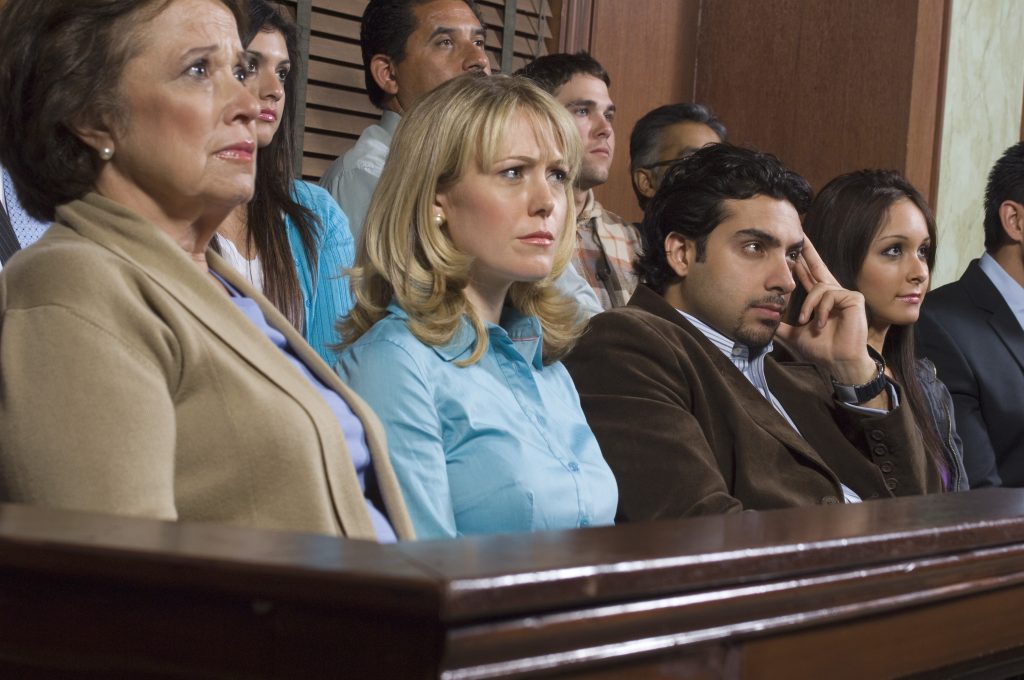 A recent article in the Journal of Law and Society examines the place of the criminal dock in courtroom design.

Courtrooms may appear to embody immemorial tradition, an impression reinforced by the use of arcane rituals and archaic costumes. On closer inspection, however, courtroom designs can be seen to respond to contemporary influences – pressures of time and budgets, changing attitudes to human rights, security fears, and the interests of professional groups. Where different participants sit in the criminal courtroom has changed considerably over the last two hundred years, and varies by jurisdiction and curial context. This modern diversity is perhaps most evident in the physical location of the accused in a criminal trial, which will vary depending upon a range of factors including the seriousness of the charge and the security risk assessment, but, most importantly, the jurisdiction in which the trial is proceeding. A person charged with involvement in organized crime, for example, is likely to be presented to the court in an open dock in Sydney or Wellington, a glass cage in Montreal or London, a metal cage in Moscow, or a glass cage inside a metal cage in Cairo. But in Chicago they will sit at the bar table looking almost indistinguishable from their lawyers. There is little evidence that Chicago gangsters are more benign than their counterparts elsewhere. The difference lies not in the personalities of gangsters, but the legal histories and design practices of the respective courts.

The use of docks has been contested almost since their inception. Early challenges were from individual defendants, and mainly concerned difficulty with hearing and access to counsel. In the twentieth century, groups like the Howard League for Penal Reform and United Kingdom Law Society mounted campaigns against the dock, making more fundamental arguments about due process and the presumption of innocence. In recent times, an opposite trend has emerged, as courtrooms around the world have seen the proliferation of `secure docks,’ where the accused will be fully enclosed in a glass dock or metal cage. This significant change to the design and architecture of the court has not been challenged by the judiciary, the legislature, nor by the general public.

In England and Wales, a major reform of the court estate is underway. Courts and tribunals are closing, digitization of court processes is being embraced, and the very function of a courtroom is being challenged. Starting in 2016, £700 million will be invested in modernizing courts to improve efficiency and access to justice. Given this rethinking of court buildings and courtrooms, it now seems a fitting time to question the use of docks in criminal proceedings.

We suggest that the placement of the accused in a confined dock during their trial may prejudice them in front of a jury.  Jurors are frequently not conscious of cues they use to assess credibility or their own impartiality. Social psychologists have shown that observers make judgments about the personality of a person, for example, based on the space they occupy or other salient stimuli in the room. The quality of the spaces and furniture also provide `status cues‘. For example, a dock furnished similarly to the jury box may suggest equality of legal status between the occupants of those positions. Meanwhile more `dangerous’ looking environments or `threat cues‘ can lead to more hostile responses; in this case (potentially) a greater likelihood of conviction. Building materials – such as glass – may provide additional cues to the jury. Glass may draw attention to the potential dangerousness of the item exhibited inside – like Adolf Eichmann in a bullet-proof cubicle in his 1961 trial in Jerusalem. By the same token, glass may provide a barrier protecting observers from contamination, such as in the isolation cubicles of late-nineteenth-century hospitals, where patients could be monitored in safety. Alternatively, glass may protect the defendant from dangerous members of the public such as during the French trial of 87-year-old Maurice Papon for crimes against humanity. Meanwhile, removing glass barriers has a measurable effect, such as the improved communication between patients and staff in nursing stations at psychiatric hospitals.

For the person being restrained, confinement may increase fear or stress; when people feel entrapped or concealed they tend to feel less safe. So, being in a fully-enclosed dock could enhance fear and stress for the accused. Anxiety in others can be detected by observers such as jurors.  There is a growing body of social science research suggesting that courtroom design and ritual do influence proceedings. Most research and debate surrounding the dock is based on reviews of judicial opinion, supplemented by the impressions of judges and lawyers about how juries might respond to what they see.

In our full article, we present the results of an experimental mock jury study that was designed to test whether the placement of the accused influences jurors’ perceptions. We find that jurors are more likely to convict defendants when they are located in a traditional dock or a secure dock, compared to sitting next to their counsel at the bar table. The experimental method allows us to isolate the impact of the dock, producing findings that are reliable and robust.  While further research is needed to replicate our findings, our tentative conclusion is that there should be a phasing out of the dock in criminal courts where they now exist, and a moratorium placed upon their presence in the design of new courtrooms. Our recommendations are consistent with recent calls to modernize courts across England and Wales. A significant reform of the court estate is already underway, with 86 courts and tribunals to be closed, an ambitious digitization project launched, and a rethinking of the function of court spaces undertaken. It seems that now is the time to do away with bad practice, and ensure that courts are safe, dignified, and fair spaces for all participants.