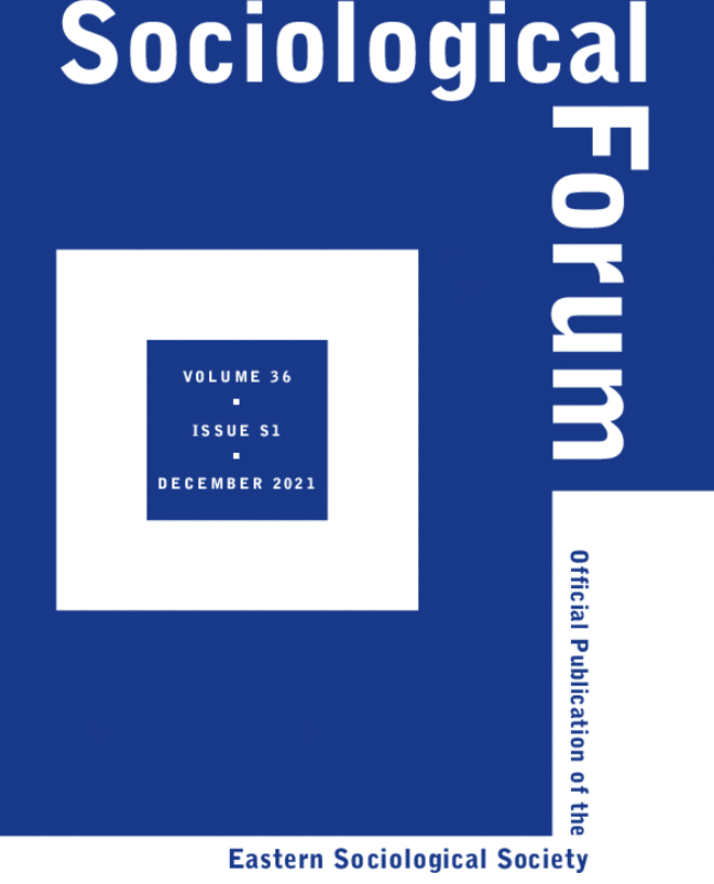 This is an excerpt from the special issue introduction by Vanina Leschziner and Karen Cerulo. Click here to read their full editorial.

It has been 25 years since Paul DiMaggio’s (1997) agenda setting article, “Culture and Cognition,” graced the pages of the Annual Review of Sociology. In that piece, DiMaggio noted that cultural sociologists were increasingly drawn to ideas about cognition. However, he noted that such ideas were implicit assumptions rather than explicit claims, and often incorrect assumptions at that. DiMaggio urged culture scholars to integrate knowledge about cognition from the cognitive sciences to gain a more accurate understanding of how culture shapes social action and social relations. DiMaggio’s article, almost single-handedly, led to the creation of “Culture and Cognition” as a sub-field of cultural sociology. The piece ushered in a major shift in how sociologists study culture, both in terms of analytic foci and the theories and methods used to investigate them (Cerulo et al. 2021).

Our goal in creating this special issue was to survey the state-of-the-art of Culture and Cognition research and present an extensive and wide-ranging picture of current knowledge addressing the workings of brain, mind, body, and their relationship to culture. To assemble this issue, we invited a number of scholars to submit original projects that forward new theoretical ideas, offer exciting tests of current theories in the field, and/or showcase novel methodologies to investigate culture and cognition puzzles. We also asked scholars, where possible, to suggest ways in which the culture and cognition approach could be applied in substantive fields that do not typically utilize a cognitive lens in their research. The pages that follow present 12 original articles that accomplish these goals and offer a rich overview of the ideas currently shaping research in Culture and Cognition. We organized the articles in this issue into two groups: theoretical innovations and empirical tests. However, common analytic foci, theoretical developments, and scholarly debates run through both groups.

THEMATIC THREADS THAT UNIFY THE ISSUE

Before summarizing the articles contained in this issue, we note a few main themes driving the collection of pieces. One analytic area of interest is the relationship between public culture (widely available codes, classifications, narratives, models, rules, scripts, and frames that reside in social spaces) and personal culture (socially shared ideas that individuals internalize such that they become ingrained in the brain and body; see e.g., Lizardo 2017; Patterson 2014). Many of the authors highlight different aspects of this relationship, including specific mechanisms through which public culture becomes internalized; the categories, beliefs, or narratives individuals store or activate in special social and cultural contexts; the relationship between public culture and personal culture as it manifests itself across social positions (i.e., social class, gender, race, and ethnicity); the role of social interaction in the relationship between public culture and personal culture; and how personal culture comes to be shared and expressed in social spaces to sustain (or change) public culture. Central analytic foci among many of the articles include cultural/cognitive schemas—both their functioning and content—and embodied cognition.

Another major analytic area of interest in this issue revolves around the different components of personal culture—often referred to as declarative and nondeclarative culture (Lizardo 2017)—and the relationship between these components. Whereas the former refers to values, attitudes, ideologies, worldviews, and orientations, the latter refers to skills, dispositions, schemas, prototypes, and cognitive associations. The connection between substantively different types of knowledge—what has classically been called conscious and subconscious knowledge—is not a new area of interest in sociology. Indeed, it was central to the discipline from the very beginning; in their different ways, the founders of sociology all wrote about them. But such discussions of knowledge types have gained renewed attention in the past few years, as sociologists turn to dual process models of cognition to explain the connection between cognition and action (cf. Vaisey 2009). Moreover, in the contemporary literature, interest in the relationship between the different components of personal culture covers not only the content of personal culture (the more traditional area of interest) but also the cognitive processes associated with declarative and nondeclarative culture. These cognitive processes are most commonly called automatic and deliberate cognition, or Type 1 and Type 2 cognition, in the sociological literature.

It bears noting, in particular, that a few articles in this collection address the issue of change, a topic all too often ignored or relegated to the margins of theoretical and empirical research in culture and cognition. Some authors examine change in personal culture and public culture, as well as social change; some investigate the kinds of mechanisms that may lead to change. Analytic foci here include the mechanisms whereby change can happen in personal culture; the possible ways in which the relationship between Type 1 and Type 2 cognition can lead to social change; and aspects of personal culture that, in the aggregate and in the long run, can lead to cultural change.

The articles included in the issue can be divided into two sections: Theoretical Innovations, and Empirical Tests. Below is the full list of papers.

Have Schemas Been Good To Think With?

On Rupture: Establishing the Cognitive Bases of Social Change

Welcome to the Real World: Escaping the Sociology of Culture and Cognition

Future Imaginings: Public and Personal Culture, Social Location, and the Shaping of Dreams

The Heterarchy of Occupational Status: Evidence for Diverse Logics of Prestige in the United States

All Roads Lead to Polenta: Cultural Attractors at the Junction of Public and Personal Culture

Schemas, Interactions, and Objects in Meaning-Making

All papers in this new Sociological Forum special issue are free to read until January 31, 2022. Click here to access the full issue.