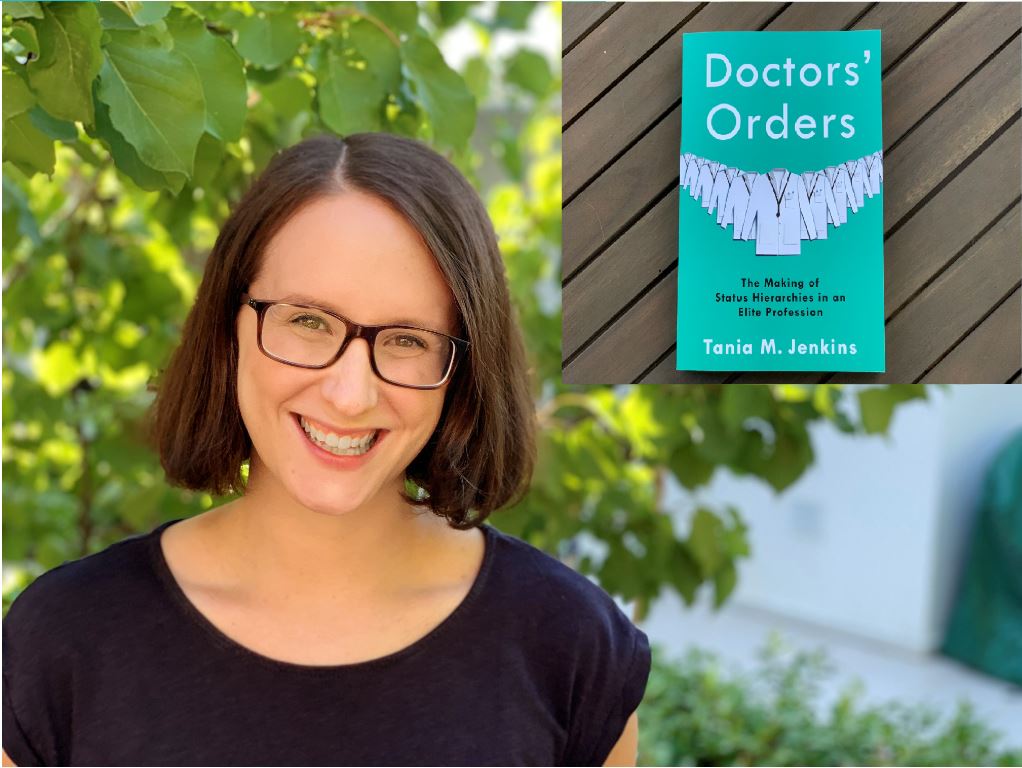 Can you give us some background information about the US medical residency system?

The US medical residency system is peculiar in the sense that on any given year, there are consistently fewer prospective American MD medical student (USMD) applicants than there are available positions—by between 25 and 40%. This has been true since the about 1950s. So the country relies on international and osteopathic medical graduates (what I collectively call “non-USMDs”) to fill residency positions in fields like internal medicine, family medicine and other specialties that are less attractive for USMDs. Even within these specialties, non-USMDs typically fill positions in less prestigious, less well-resourced programs, often in community hospitals, while USMDs typically get spots in higher-prestige, higher-resource university hospitals. This segregation happens despite the lack of any kind of formal policy giving priority to USMDs. So in this book, I puzzle over the question: How does the medical profession import so many physicians trained in other countries and traditions without creating additional competition for USMDs? In other words, how do residency programs end up so segregated along pedigree lines, and what are the implications of that segregation for the residents’ training and mobility moving forward in the profession?

Why did you choose the medical profession specifically as a case study for hierarchies and status?

There are few professions as formally and informally hierarchical as medicine, perhaps with the exception of the military. There are formal hierarchies between physicians and other medical workers, such as those between doctors and nurses. There are also formal hierarchies between physician-scientists who produce clinical guidelines, physician-managers who enforce the guidelines, and the rank-and-file physicians who ostensibly practice according to the guidelines. Then there are more informal hierarchies between different specialties of medicine, with surgeons and other procedure-heavy specialties often being viewed as more prestigious than the more cognitive specialties like family medicine or general pediatrics. And finally, there are the informal hierarchies among physicians within the same specialty doing roughly the same tasks, like the ones I observed between USMDs and non-USMDs. This last facet of hierarchy (along pedigree lines) has received scant attention in the sociological literature despite its important implications for other hierarchies, like the formal ones between physician-scientists and rank-and-file practitioners. So I chose to focus on informal status inequalities along pedigree lines between doctors in the same specialty as a way of learning more about how medicine is organized. I also offer lessons from medicine to advance our understanding hierarchical processes in other professions.

What are the lasting consequences of the marginalisation of international and osteopathic medical graduates?

I found several longer-term consequences of this marginalization. Perhaps the most immediate was that by being sorted into a smaller community residency programs, the international and osteopathic medical graduates in my study had limited opportunities for subspecialty after graduation—a phase of training known as fellowships. There were two reasons for this; first, as non-USMDs, they were already at a disadvantage when it came to applying for fellowships by virtue of their medical school pedigree. As one non-USMD intern explained to me, “The fact that you might be a foreign grad could still come back to haunt you when you’re trying to get a fellowship . . . because they think at some point you weren’t as qualified to be a medical student in the [United States], so there must be something about you that makes you not as

good.” In addition to the stigma, however, by training in a smaller community residency program, non-USMDs also had less support and fewer opportunities for research, making it even more difficult to impress sceptical program directors. The stigma of their degree therefore never fully disappeared; it carried on into fellowship and even beyond, as some attending physicians reported experiencing discrimination well into their professional careers.

Other consequences remain to be seen.  Studies have consistently found that fully-trained international and osteopathic medical graduates have just as good, if not better, patient outcomes than fully-trained American MDs, suggesting that there may not be any measurable impact on patient health of these status hierarchies. At the same time, other studies suggest that USMDs are less likely to refer their patients to even superlative non-USMDs, raising questions about whether, and how, professional dynamics may be interfering with patient care. More research is needed, and I think these are important questions to consider.

While conducting the interviews, did you get the impression that most of the international graduates were aware of the inequalities in the system?

Absolutely. I start out the book with an extended anecdote about Trevor, a US-citizen international medical graduate who casually referred to graduates like himself as “us foreigners,” even though he grew up in Ann Arbor. International and osteopathic medical graduates of all stripes were acutely aware of the hierarchy in medicine and their place in it. International graduates talked about how they filled the gaps in American medicine, while osteopathic graduates resigned themselves to there being “a tougher road for different paths.”  What surprised me was how little they complained about these hierarchies; many of them internalized the belief that USMDs worked harder and were more deserving, even as they acknowledged how much harder they had it. I think that in order to “play the game” of American medicine, USMDs had to not only understand but accept the terms—however unfavourable they were.

How did the US medical residents reflect on their experience? Were they aware of the favourable treatment they received?

Here there was more variability in responses. Many USMDs viewed themselves as better qualified than non-USMDs, despite the fact that USMDs and international graduates have virtually the same mean exam scores prior to residency. Several others believed that regardless of whether USMDs were better qualified, they were more deserving because unlike non-USMDs, they thought, they had held up their end of the “bargain.” They had “done all the right things” and had invested hard work and dedication into the healthcare system, and conversely, the healthcare system had invested lots of resources training them as USMDs. That gave them ‘first dibs’ within the profession, they reasoned. Thus, very few USMDs viewed themselves as receiving “favourable treatment” – instead, they viewed their position in the profession as well-earned. Only a small proportion of USMDs pushed back against this perspective.

Based on your findings, could you make any recommendations about how the medical residency system could be improved to promote more equal treatment?

I think the book makes clear that residency programs need to more actively diversify their residency programs. That could happen by blinding the application process, such that program directors would not know applicants’ medical school of origin, or by instituting quotas, whereby programs recruit certain proportions of USMDs and non-USMDs. At the same time, the book also highlights how structurally entrenched current recruitment practices are, and how difficult they are to change. I think ultimately, medicine as a profession needs to consider whether the current arrangement actually produces the best doctors. Subordinating non-USMDs may be beneficial to USMDs, but it does little to actively reward merit among non-USMDs in the profession, and may even worsen patient health if status hierarchies start getting in the way of treatment decisions. At the end of the day, it will be up to USMDs to decide what matters more: their professional advantage or the optimization of physician excellence for a better healthcare system.